Client scenario: After three disappointing fiscal quarters, a telecommunications firm begins analyzing internal issues related to its performance. This analysis identifies “communication” as a recurring challenge throughout the Northeast region.

Specifically, several barriers to communication seem to exist: the region has “legacy” employees from three now-merged competitors, the region is organized into “field” and “headquarters” staff who see themselves as completely different entities, and the region is further divided into districts that compete around various performance measures.

Cradlerock was retained to build a learning program that had the explicit goal of developing specific skills within the management population that would enhance cross-functional collaboration. This included a specific focus on re-aligning performance management around shared outcomes and the coaching and communication skills to support this approach.

In addition, the implicit goal of the program was to physically require senior managers to get together more often in this program environment. The combination of formal skill building and the informal networking that was built into the program design helped to support a new environment of collaboration. The communication challenges that had existed began to dissolve in favor of a new, shared framework for work and problem solving throughout the Northeast.

While several previous mergers and re-organizations had left the group fairly cynical about HR and the ability of the organization to work together, the program became a huge success and was credited with an entirely different culture in the leadership of the organization. One senior manager was particularly clear that this work had completely re-set the level of engagement in the field and was a real reason the organization began to see better operational and financial results after the program. 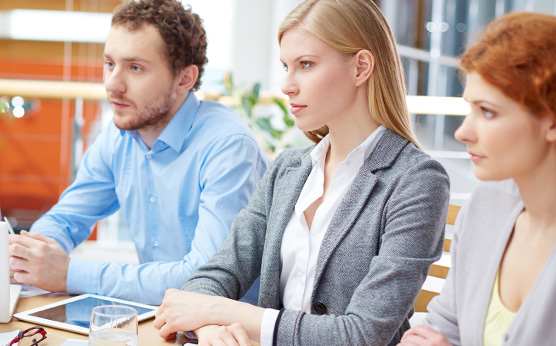