The company was interested in helping these people get to know one and other, and in building momentum around a cooperative approach to problem-solving. (People had previously operated in relative isolation; they would now have an opportunity to network and to leverage the diverse skills and experience of the group.)

One of the challenges that immediately became evident was that staff from different departments had been using entirely different models and language to describe and work on different development challenges. Cradlerock re-created a clear, custom designed platform for joint problem solving that would not only support the new organization, but that would ensure that future changes would require much less investment in training staff for new workforce configurations.

A pair of workshops plus a one on one performance coaching relationship for each management program participant ensured not only that the new framework was universally deployed, but also that specific trouble spots in the population received extra support quickly. Once the programs were underway it quickly became clear that the shared language was rapidly building new efficiencies into the entire operation.

The program was so successful that the decision was made to launch the new platform throughout the entire organization and the shared problem-solving framework is used throughout the company to this day. 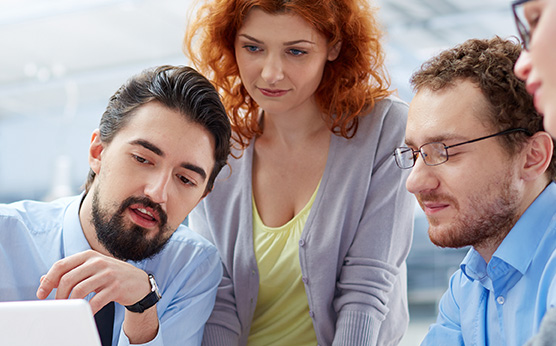